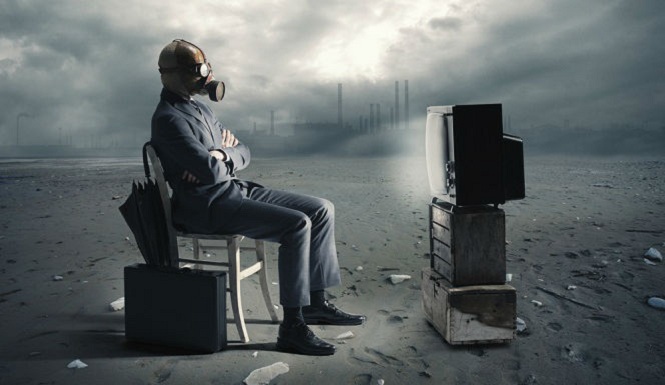 Preppers, Homesteaders and Survivalists all get a bad wrap in the media these days; labeled as kooks, gun nuts or worse. They portray us as tin foil hat wearing conspiracy theory nuts, extremists, or fringe groups not to be trusted. How dare you prepare to take care of your family in an emergency? How dare you work your butt off to become self-sufficient? How dare you believe in the Constitution; our right to free speech, our right to bear arms, how dare you!?!? Our own Federal Government considers anyone with more than 3 days worth of rations a potential terrorist threat. Oddly enough, Ready.gov recommends everyone have 3 days worth of food and water, yet if you have a morsel more than 3 days, you might be a terrorist. Strange world we live in. And if you believe anything spewing from the left-wing media, you might be a redneck…I mean a liberal. Yes, we’re importing thousands of so-called refugees from Syria, with absolutely no vetting process, but you, yes you are the potential terrorist they are worried about.

If you have any doubt that our society is on the verge of collapse, spending just a few moments on any of the major news sites should quickly confirm your worst fears. On any given day there are a multitude of stories about safe spaces, particularly on college campuses, areas where free speech is banned in the name of ‘tolerance’ and sensitivity. Just this morning I was reading a story about these ‘horrible’ high school kids who brought a Trump banner and a Betsy Ross flag to a football game; outrageous! But it gets worse; some of these students had the gall to wear red, white and blue and you’ll never guess what these horrible racists did next – they dared to chant USA! USA! USA! Yes, the end is near. Because these young patriots were from a mostly white school and their opponents from a mostly black school their actions clearly made them racist, that according to the school district, the superintendent, etc, etc, etc. Then of course the left wing media comes riding to the rescue, to right the wrongs and expose these horrible kids and their despicable actions!  The media, in their great and unbiased wisdom, logically interviewed the most qualified and unbiased person they could find; yes you guessed it, a ‘Black Lives Matter’ leader. Really? This was a win- win for the liberal media really, two birds with one stone if you will; attack those who still dare to support our Country and give credibility to the domestic terrorists known as BLM. This terrorist leader immediately confirmed, of course, that these kids and their actions were not only racist, but intentionally racist! Do you recognize the Country you grew up in; I don’t.

So what ya’ gonna do about it, huh?

I no longer get discouraged or offended when the media attacks folks like us, because they attack anything that stands in the way of the progressive agenda and the ultimate destruction of our once great nation. They attack the Constitution, the Bill of Rights, property rights, religious freedom (unless your Muslim,) border security, or even the simple right to live your life as you please – anything that resembles common sense is attacked and belittled. No, I don’t let it discourage me anymore, quite the opposite actually. There’s an old saying that ‘the more flack you take, the closer you are to the target.’ The more I see society self destruct, the harder I work to prepare for the inevitable collapse. The more they attack us, the more I think about my safe space and the harder I work to become less reliant on a shattering society and a corrupt Federal Government. Every time I hear the term safe spaces, I want to buy more supplies for my safe space (I’ll be covering our own .safe space transformation in future articles.)  There are lots of good reasons to store food and water, lots of good reasons to learn survival skills and lots of good reasons to become self-sufficient, but the right to Life, Liberty and the pursuit of happiness is the best reason of all. You deserve better, your family deserves better, if you haven’t started prepping yet, get going today! Thanks to all who are reading and learning to be better prepared, and thanks to all the great bloggers out there sharing their knowledge and skills with all of us. Hope for the best, prepare for the worst.