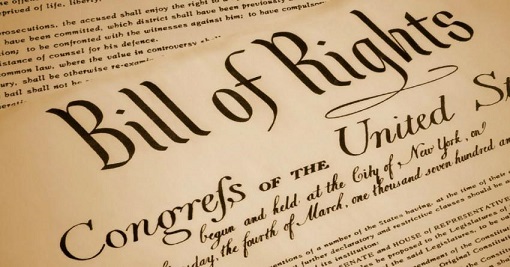 Free Speech has been under a blistering attack from the left for a number of years now and the attack has only intensified. Safe spaces, free speech zones and the blocking of conservative speakers are just a few of the most recent attacks levied against American citizens. The very term ‘hate speech’ was created to attack free speech. Understand: the 1st Amendment was not designed to protect popular speech, it was designed to protect unpopular speech; popular speech would not need legal protection. Today, if you want to silence someone, you simply call them racist or white supremacist, or whatever nasty label you like – without anything to support that claim of course – and you win!

Now, how about that other little part, you know freedom of religion? The left has been bashing the very idea of religion for decades now (unless you’re Muslim) as simply dogma for unenlightened fools, while they the ‘open-minded, intellectuals’ rewrite the rules to fit their own perverse lifestyles. Oh, and if you haven’t noticed, there is a this little matter of ‘common sense gun control’ being force fed to us by the media as a means for those same ‘intellectuals’ to disarm us fools. Yes, the same upstanding and trustworthy politicians and media puppets that claimed you can ‘keep your doctor’ are now claiming they are just taking ‘the bad guns’ away – yea right. Think they are really just interested in banning the AR-15, read the ordinance passed by the Village of Deerfield IL here. Oh, and while we’re on the subject, let me remind you that we had an ‘Assault Rife’ Ban in effect from 1994 until 2004 which produced zero reduction in crime.

So what right are you willing to give up next? How about the 4th Amendment? How about the right to vote, they certainly are working to overturn the 2016 election, maybe we should just allow the elites to decide for us! Maybe the likes of John McCain and Hillary Clinton should make those important decisions for us? I admit – I’m worried. Several Conservative groups have joined together to hold 2nd Amendment rallies on Saturday April 14th, yet I’m seeing very few ‘conservatives’ show any interest at all. If we’re not willing to take a stand of any kind, it’s over folks. Better get those prepper supplies in order.

Note: our rights come not from government, but from God; the Constitution simply restricted the government from infringing on those rights.

And they wonder why we’re preppers.