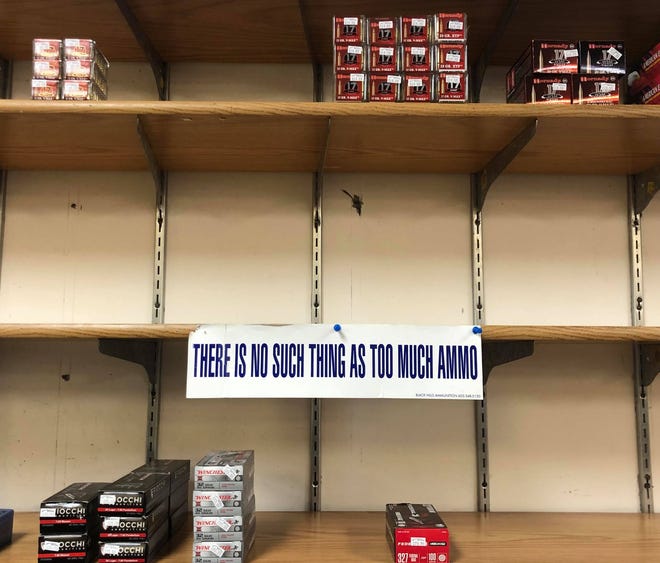 A new wave of people seem to awakening to the harsh reality that currently surrounds us and the impending disaster that likely lies ahead. The sad fact is that many people go through life woefully unaware of what’s really going on in the world; too busy following their ‘friends’ on Facistbook, favorite sports team, school activities or just following the crowd. Ignorance is bliss!

Sales at the gun store/range that I work at had slowed considerably in recent weeks at least partially due to a limited stock of guns and very little ammo. Saturday as I arrived just before opening I was warned to be ready for the rush, apparently sales the previous day were about 4 times the daily average. The panic buying had clearly resumed and the fear level was higher than ever. Of course we had some of our regular range customers, but the majority were first time visitors looking for their 1st gun, and facing the reality that they were late to the game. Could they buy a gun, yes, but likely not the one they had in mind, and if they were lucky they might get 50 rounds of ammo to go with it. They weren’t going to get an AR-15 and they weren’t going to get a stockpile of ammo; they were too late.

Living out in the boonies as I do, I always make a shopping run whenever I work to minimize unnecessary travel and yesterday was no exception. The store parking lot seemed rather full for 8 pm on a Saturday night and I quickly realized that the store was indeed abnormally busy. I didn’t see any empty shelves, but several areas such as canned fruits, beans, vegetables, soups, etc. had been hit pretty hard. I was able to get almost everything on my list, but apparently everyone in town was making Mexican food last night as refried beans were nowhere to be found.

“Are we going into a civil war?” Three years at the range and I had never been asked this question, but today I heard it twice in the 1st hour. Several of the other instructors mentioned being asked similar questions. More and more people, at least in this part of the Country, are becoming concerned about the direction we are headed. If you haven’t put anything away, get what you can now before there’s nothing left to get. Get what you can before the stores are empty, get what you can while you can still leave the house. Warning, don’t be too obvious or you’ll make yourself a target. I typically visit multiple stores when stocking up, if that isn’t an option for you, break up your list into multiple purchases: purchase some items, checkout, load into the car, repeat. You might want to check out Top 10 Items For Any Emergency for some ideas. Friends, I’ve always been an optimist, but that is becoming more and more difficult by the day. Hope for the best, prepare for the worst.