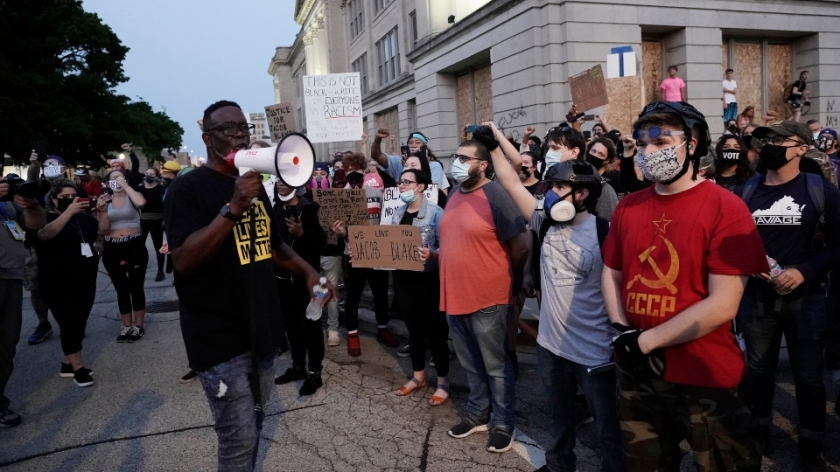 The powers that be are attempting to force you to accept the mob mentality of BLM, Antifa and various other left wing thugs. The leftists and the corrupt media that serve them told you that violent rioters and looters were ‘peaceful protesters’ and the millions of dollars of damage was done by a few ‘bad apples’ or simply ‘justified.’ We are seeing that again in Kenosha WI (almost bought a house there a couple of decades ago) where an 18 year old kid is on trial for his life. The jurors have been threatened and likely afraid to acquit even if they believe he is innocent. The mob outside the court is demanding his head, justice be damned! The National Guard is in place this time, so why not last time?

This kid was being attacked by 3 violent criminals including a child rapist, but the media would have you believe that he’s the bad guy. China Joe Biden has called him a white supremacist, not that Joe even knows what that means, but that alone should tell you somethings definitely wrong. A convicted felon fired a 9mm handgun at this young man and he returned fire, that is self defense. Yea, yea, I hear ‘he shouldn’t have been there’, but it’s OK that these violent thugs were there? No, they are trying to tell you that it’s no longer OK to defend yourself against these left wing vermin. They are telling you to just be a good boy and take the beating your deserve you white supremacist. Remember the couple in St Louis defending their home against armed ‘protesters?’ Home owners arrested and charged – 2, violent thugs arrested – 0. The LAPD is now instructing citizens to cooperate with criminals, do not resist and just be a good witness. How did we get here?

Our God given rights are being destroyed right in front of us and most are too distracted to realize it. Don’t want to get the jab; you’re are selfish and must be ostracized or even put into camps. Don’t want your children indoctrinated by radical Marxists; domestic terrorist. Defend yourself against violent offenders; murdering white supremacist. This will not end well.