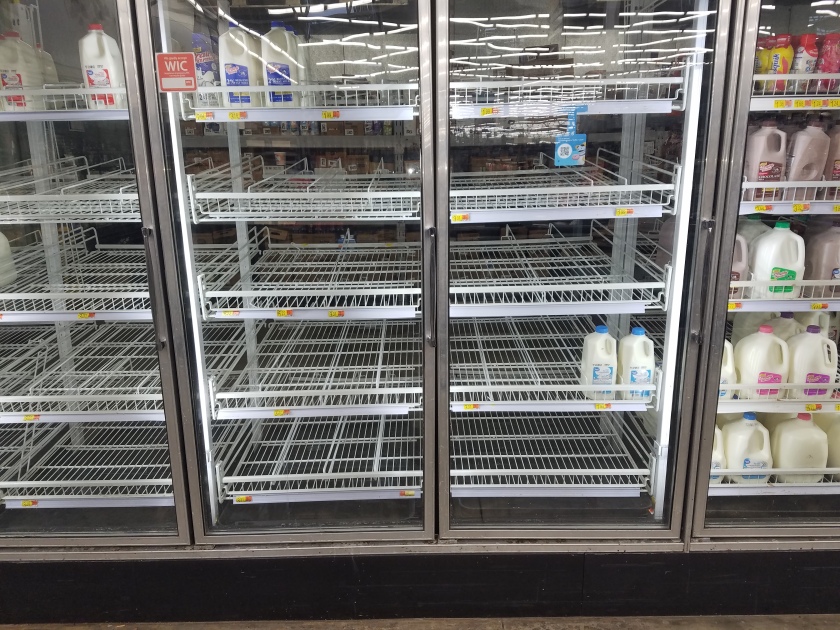 If they understood economics, they wouldn’t be socialists. It’s simply amazing to me watching the desperate attempts to cover for the endless string of bad decisions by this corrupt regime and the devastating effects they are having on our Country. MSLSD screams that the Dollar Tree announcing price hikes is nothing more than corporate gouging, other talking heads claim there is no inflation, while some outlets have taken to claiming inflation is good for you and you just need to stop complaining. Note: price increases of as much 25% will go into effect on literally hundreds of grocery items and other consumer goods in Jan. Buy now.

Yes, as Clueless Joe heads off to the basement for his nap, we are told we just need to lower our expectations. Well, if that isn’t strong leadership than I don’t know what is! (sarcasm!) Remember Reagan’s shining city on a hill? My how far we have fallen.

Pet supplies continue to be a problem including dog and cat food, kitty litter, treats and flea prevention. The manager of a local discount grocery stated that when he does get canned dog food in it’s rarely on the shelf for more than a day and that deliveries are increasingly sporadic.

Paper goods continue to be an issue and I’m now noticing that plastic utensils seem to also be in short supply. The owner of a local liquor store and long time friend let me in on something I didn’t know. There is a major shortage of glass containers. Apparently, what is normally a recession proof business is struggling due to a lack of glass containers to bottle and sell their product.

The shortage of pasta and related items seems to be getting worse each week. These pictures were taken in my local Walmart just yesterday (as of this writing.) These issues are NOT isolated to Walmart as I shop various stores in the area, including Kroger, Food Lion, Publix, a local family grocery and several discount grocers and dollar stores and I am finding similar conditions at each. I always use Walmart as the example as they sell more groceries in the US than any other retailer.

Fellow blogger https://extexanwannabee.wordpress.com/ asked the question why domestically produced goods aren’t making it to the market in a timely manner. Great question. The answer is multifaceted but really comes down to people NOT returning to work (and California’s regulatory attack on the trucking industry.) The packaging plants are understaffed, the distribution centers are understaffed, the stores themselves are understaffed and the trucking industry that brings it all to us is currently 80,000 driver short. Note: the head of the American Trucking Associations has stated that if Biden gets his vaccine mandates past the courts then about 37% or roughly 2.5 million drivers will leave the workforce. Talk about starving the peasants into compliance.

It’s long been said that civilization is only 9 meals from chaos, and I think that’s being generous. The unprepared will quickly become dangerous, have a plan, be prepared.